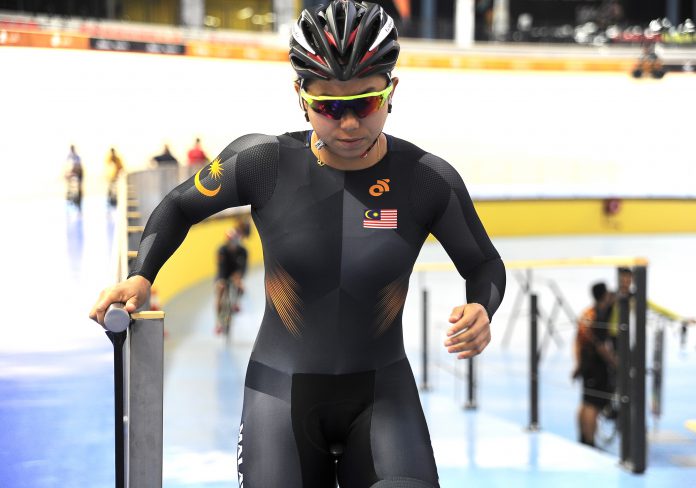 Cycling has been gaining impetus as a sport, not only a male-dominated diversion, but the women’s cycling industry is booming. More active ladies are getting up and getting out on two wheels. In Malaysia’s cycling events, there are female cyclists who stand out in the crowd, those who inspire, those who go through stumbling blocks and overcome, and those who take on challenges and pursue career avenues.

For its defense against the physical and mental health, a way to break down social pressures and international barriers, cycling is seemingly the only sport that surmounts all. “I want that 4 gold medals to revive my name after the Rio Olympic Games.” The heroine of track cycling spoke persistently during her KL SEA Games preparation at Nilai Velodrome.

Track cycling has always held a special place with Fatehah Mustapa, firstly because of her passion for sports, and then her hard work to develop Malaysia’s track cycling. She is one of the great representations of what track cycling is all about.

A WOMAN OF COURAGE 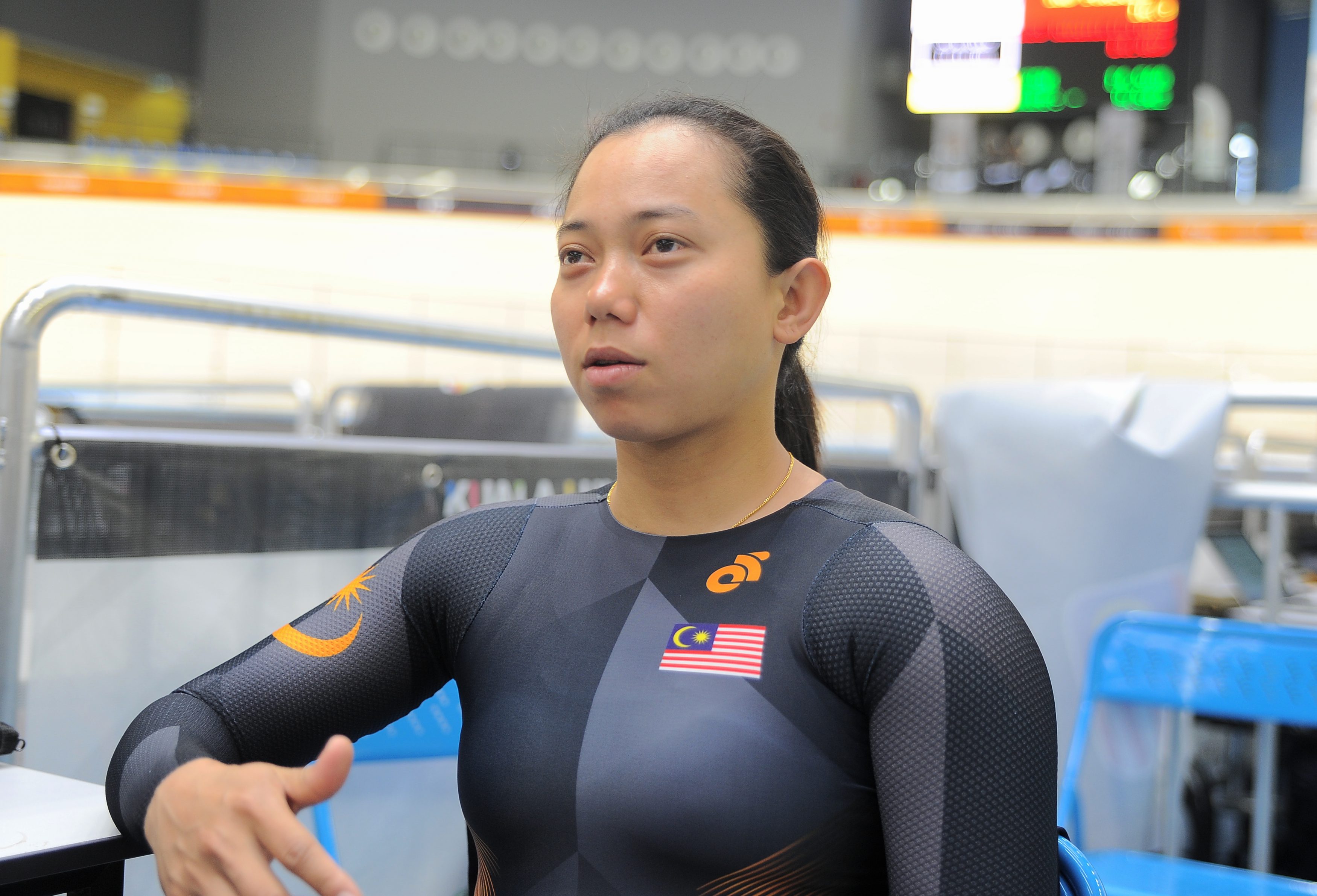 Fatehah has a wealth of cycling experience from a variety of disciplines in her cycling background. From starting in a sports school, withstanding hard-hitting training in Melbourne to partaking in two Olympic Games, she has raced all around the world, sharing her stories as she rides.

At the age of 14, Fatehah was accepted as one of the talent identifications in National Sports Council of Malaysia in Bukit Jalil. After undergoing a range of generic physical and skill-based tests, she got selected to pursuing sports studies in Bandar Penawar Sports School in Johor. Designed to further assess an athlete’s suitability for a sport and better train them for the journey ahead, Fatehah started as a road cyclist, albeit having bare knowledge about bicycles.

Started as a tenderfoot, this passionate young lady got herself immersed in the sport’s training environment. After a year of dedication, focus, and diligence, Fatehah was delegated to represent Malaysia in road cycling, which lasted for a couple of months before embarking on track cycling.

The reason for opting for track cycling was mainly because, “Most of the athletes chose to be road cyclists, however, my keen interest was towards the sprint on the track.” Ever since she started to train her physique and mind to achieve success. 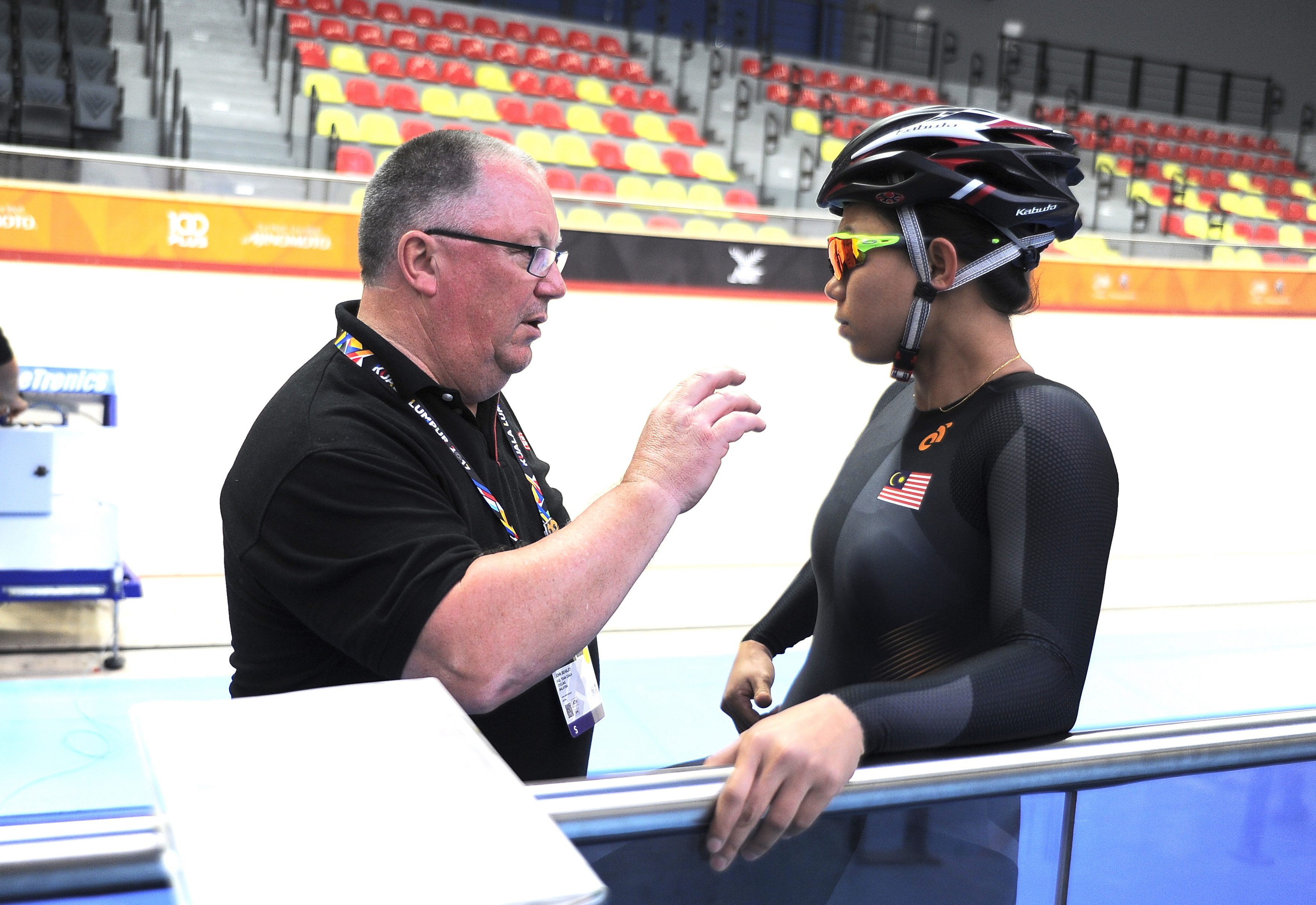 In December 2007, Fatehah was sent to Melbourne, Australia and has been training with the well-known cycling coach, John Beasley. The opportunity did not come easy, furthermore, the difficulty she faced when she first joined John’s team was being away from the family.

“Homesick always hit me. However I had never excelled academically, so I chose to go as I really wanted and liked sports.” Fatehah further expressed. Other than that, being the only girl in the team was one of the most grueling feelings. During that period of time, she felt a sense of estrangement. So, what has driven Fatehah? Perseverance.

Having stayed apart from the family for more than 10 years, this strong-minded cyclist is the epitome of determination and persistence. She has been proving to herself that she can do it. Believing in herself that things she is willing to put her utmost effort into doing it, eventually she earns and deserves the rewards.

“Despite the hardship and struggle, you just have to work for it!” Fatehah told us that she participated in SUKMA and Asian Junior Games in her early years. After achieving a successful professional cycling career and winning various international races, with her plenty of race experience and industry expertise, she knows herself better than anyone else does. Sometimes, she experiences breakdowns when certain outcomes of races turn out unsuccessful.

“Everyone faces failure in life. To be honest, I would cry every time I lost a race, and I would talk to John. My coach, Azizulhasni Awang, my teammates are the reasons why I still stand. They are very supportive, my inspirations. Without them, I am not sure whether I am still standing here or not.” This Melbourne-based cyclist is also grateful for having them as a family who make Melbourne feel like home.

Five-month training before KL SEA Games 2017, Fatehah was well-prepared and eventually clinched 4 gold medals in 4 events in tracking cycling. According to her, SEA Games was a start to reinvigorate her profession.

When people think of competent female track cyclist, most minds instantly jump to Fatehah. Truth be told, there’re a number of cycling accomplishments this heroine is most proud of. Having been in the industry for more than a decade, she won Asian Games, World Cup, as well as 7 times in World Championships.

Unfortunately, despite the fact that there are countless awards under her belt, Fatehah failed to progress in the women’s sprint cycling event at the Rio Olympic Games. However, the most satisfying part of cycling is that being an experienced rider who partook in London and Rio Olympics, she has gone through and learned a lot about the community.

“Although I am often asked to stand down, I will keep on moving forward. What happens to me is, sometimes I listen to criticism and keep it to my heart, that’s why I feel down. People who do not support, won’t stop criticizing. So, do not get affected by them. Also, it’s actually myself that keeps me motivated. If I really want it, I have to believe in myself. My coach is there to train me and assist me, he cannot force me to do things I do not want. Everything is up to me.” The impressive thinking that has taken Fatehah to the tops of the cycling world.

Fatehah is clearly a heroine on two wheels. To her, the Olympic Games was her most memorable race as she was one of the Malaysia representatives; and she definitely is looking forward to Tokyo Olympic. Approaching the end of the conversation, this impassioned lady hopes that she can come back home more often. Nostalgia, after all, has not been better. “Now, we have our own velodrome, we shall keep supporting sports in Malaysia. Regardless of cycling or other sports, we are all in one mission.”

She stood in the storm, and when the wind did not blow her way, she adjusted her sails. Who is she? She is Fatehah Mustapa. The heroine of track cycling in Malaysia.

A Recce Trip to South Korea

Bolting Through The Road

Why Are Beet Shots Beneficial For Athletes

Aerodynamic Helmets, What and Why?

ABOUT US
CYCLING MALAYSIA is a home grown cycling magazine owned and managed by Malaysians for Malaysians. Cycling Malaysia is the first local cycling magazine published to connect cyclists with cycling communities, cycling events and organizations contributing to the growth of cycling sport. The lifestyle cycling magazine that shapes cycling lifestyle.
Contact us: josephseow@cycling-malaysia.com
FOLLOW US
© Powered By Cycling-Malaysia
MORE STORIES

The Next Best Thing: Natura Shot